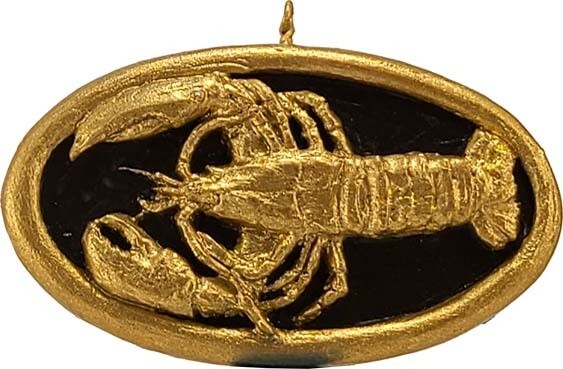 Lobsters were so abundant in the early days—residents in the Massachusetts Bay Colony found they washed up on the beach in two-foot-high piles—that people thought of them as trash food. It was fit only for the poor and served to servants or prisoners. Later, rumor has it, some in Massachusetts revolted and the colony was forced to sign contracts promising that indentured servants wouldn’t be fed lobster more than three times a week. It is now considered a delicacy.

Our ornaments are designed by our studio artists and carefully handcrafted of bonded marble dust and hand-painted.

Save this product for later
Display prices in: USD